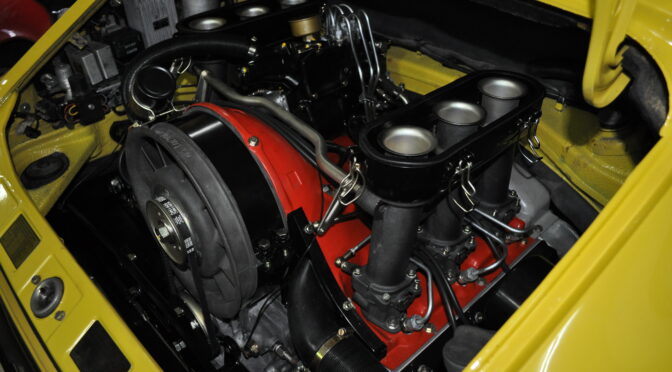 I called Steve at Jaz on Tue 11th Feb to see how he was getting on after he’d picked-up the engine from Neil Bainbridge’s dyno the Saturday before. The good news was that the engine was “almost” in the car. The “almost” was due to bit of a problem with modifications to the oil cooling system  – he suggested I visit the following day to see what was what.

My mate Stan and I headed up to Jaz on the 12th to find engine man Dave at work underneath the car which was up on one of the Jaz ramps. The engine was fully fitted and attached to the gearbox which had remained in the car whilst the engine rebuild was in progress.