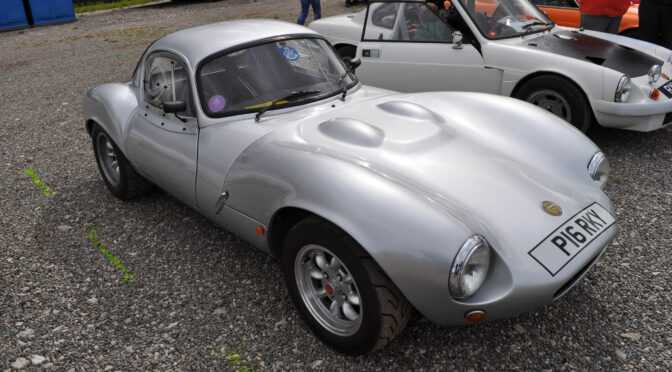 So, what’s so special about British Plastic?

A while back I bumped into a very nice chap at Donington Historic Festival who wanted to have a chat about our respective 911s. In the course of the conversation he almost guiltily confessed that although he really liked his 911 – his main passion was for “British Plastic”. His definition of “British Plastic”  was British cars with Glass Reinforced Plastic (GRP) bodywork built during the ’50s, ’60s and ’70s.

In a scene reminiscent of an Alcoholics Anonymous meeting – I had to own-up to having had a previous predilection for British Plastic myself through brief ownership of a TVR Vixen.  I obviously stressed that I had successfully overcome this affliction and had since moved firmly into German Metal.

The term “British Plastic” stuck in my head as it reminded me of the plethora of interesting cars that were around (and were occasionally on my shopping list) during my “plastic period” in the late ’70s.  I consequently thought it merited a post or even two posts under my A to Z of Car Stuff page:-