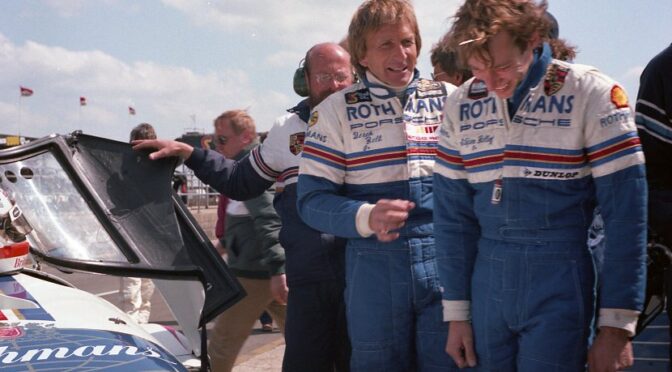 I was reading an article in the Nov/Dec 2013 edition of Classic Porsche about a recent celebration at the Nurburgring of the late, great Stefan Bellof and it reminded me of the times I’d seen him race in Group C endurance cars in the early 80s.

I was fortunate to see him during a period where he was one vital half of a wonderful racing partnership with Derek Bell driving a Porsche 956 in the Rothmans sponsored factory team. What I didn’t realise was that Bellof was idolised by a young up and coming fellow German driver – Michael Schumacher! Shades of the Vettel & Schumacher relationship in more recent times.